A lot of Vervets’ natural food sources have been destroyed, causing them to forage in public places. They can quite easily become a problem if they find a constant easy source of food, which hospitals, hotels, tea gardens, in fact any open area where humans tend to throw away food.

Public areas are probably the most difficult areas to control when vervets start troubling people, due to the fact that you have so many uncontrollable factors involved. The main one being the public visiting these areas and unless you get them to understand the seriousness of the problem and that they must not feed or try to interact with the monkeys you will never solve the problem.

How To Make Your Garden an Unattractive Target For Vervet Monkeys

The Whys, Whens and What Can I Do’s

There are various reasons why Vervet monkeys can become a problem, here is a list of the most common:

There are a few things we can do in these situations: 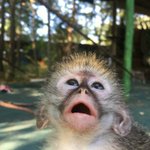 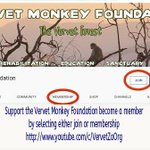 Red is a baby anymore😂🐒 https://www.instagram.com/p/B-hAqujBcz_/?igshid=1sabd1g4uno8m